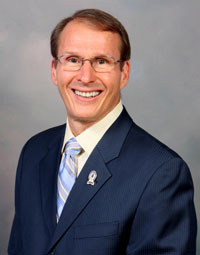 Dr. Burns is a 1973 graduate of Palmer College of Chiropractic and became a member of the faculty that same year. He became a full professor in 1985. He served as the Chairman of the Technique Department from 1977 to 1999. Dr. Burns has lectured nationally and internationally on the analysis and adjusting of the spine and extremities. He also lectures extensively on the chiropractic care of children. Dr. Burns is well known for his care of difficult cases as well as promoting wellness care for people that realize that true health is more than the absence of symptoms.

Dr. Burns has achieved the status of Fellow in the Gonstead Clinical Study Society and has been named Fellow in the International Chiropractors Association. He has published a textbook used at Palmer College on the examination and care of extremities. He presently serves on the Board of Directors of the Illinois Prairie State Chiropractic Association.